Joined 10 mo ago
·
730 Posts
Thanks! He’s really a very pretty guy. Jmo. Idk if that equals show quality but I like him, and that’s all that truly matters.

The other boys are having a fit at the intruder crowing, and he is adjusting to captivity again. He escaped during our first transfer at the house too, but we did it in a closed garage!

Caught him again, and he will likely also end up with the big chickens and stuff- they are really interested in him. That’s a first! They dislike our other boys. Anyway, here’s a closer pic.

He has really pretty dark reddish orange eyes, and I think he will come around with some work, at least partway.

He acts like he wants company- even of the human sort- but simply cannot trust right now. He’s been chased by a bunch of people and dogs and people with dogs, groundhogs, squirrels, you name it! I can’t blame him.

Dan- excellent advice. We observed that very thing when we brought Jackie with us to tempt him into being caught.... it might have worked if it had been less crowded. Hubbs said it has been deserted for weeks- now that we try to do this.... ha. You know. Anyway. Long day! He’s captive.

Joined 7 mo ago
·
1,330 Posts
Most definitely a serama. You may find that friend of the past owner may have tamed him. It would be interesting to know the why of his being given away. If he has a loud crow, that would be my guess. Many serana have a tolerable to being less that a normal talking voice crow to being mute. Pablo's father was mute. Pablo's crow is just background noise that's easy to just dismiss.

Joined 10 mo ago
·
730 Posts
He does have a distinct crow- it’s pretty silly but it’s not quiet either. Especially not compared to Chappie.... Chappie has the tiniest squeak of a crow, we just love it cause it’s so funny.

And yep, he is Serama 100%- the more he has perked up the past day or two the more it shows. He’s a pretty thing.

From what we were told, he wasn’t getting along with whatever chickens the people already had or had raised with him; kinda unclear. They were vague on the why, but implied they were taking him as a favor to their farm.
I will say he ran like his tail was on fire anytime either of them came on their back porch. Whether from trying to catch him and therefore chasing him etc or what, he did NOT like them. Me he would come toward the sound of my specific voice already, so I’m not sure.

He will come around I think. He’s had a hard long week and he has every right to still be nervous and dislike us for the moment too.

Just glad we have a happy ending here. Not ending. Beginning. Maybe. Something!!


Edit- we are going to have to trim the tip of his beak tomorrow; not only is it needle sharp- I’m sure to his benefit recently, but not now- but it is so long he actually spears things and they get stuck on it...
we don’t know if he was 100% indoors and then escaped and made his way outdoors the past bit or what. Really unclear but hey, works for our benefit! 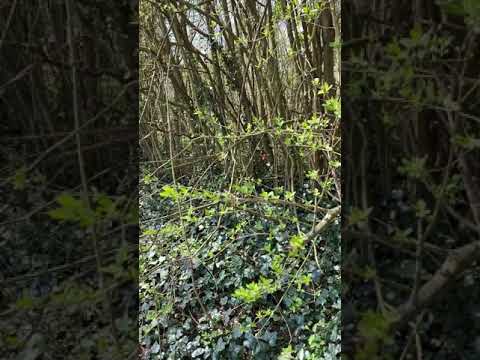 We ended up catching this little Serama rooster and bringing him home. He had gotten loose and the owners/not owners said if we could catch him we could have...

I'm looking forward to his new adventures and how he fits in with the rest of the herd.

He’s either ok and being normal and/or calm, or he’s exploding and moving in 10 directions at once. That is possible right? Sure seems like it!

Joined 7 mo ago
·
1,330 Posts
I don't remember which one is Chappie, but if he is immature, his crow is likely to change and may become louder.

Joined 10 mo ago
·
730 Posts
Chappie is the name we gave the little Serama roo you gave us/Tristan. He’s such a quirky little thing, and those frizzled feathers starting to curl back around his neck are just the best! Doesn’t seem to be anywhere else yet, just the neck, but could that be an age/length of the feather sort of reason? Or do you think he will pick up some more? You know I know very little about these specialized genetics. I understand the theory and planning- but I also understand reality expresses things quite differently sometimes. He crows off to one side too. But then so did Charlie and Tiny at first too! They are just trying so darn hard! Adorable.

Joined 7 mo ago
·
1,330 Posts
Chappie's voice will change until he is about 4-5 months old, but hopefully not a lot louder. As to his curled neck feathers, I disagree with the research done so far. Yes, there are frizzle genes, but I believe there are other genes that modify. Chappie is an example; no frizzle gene but he does have the modifying gene/s. I've had a number of serama like Chappie that had curly feathers here and there, but mostly smooth normal feathers.

robin416 said:
LOL Oh yes, this new boy is going to keep us all entertained with his antics.
Click to expand...

He looks a lot like our big boy Quack did in coloring and mannerisms, so that’s kind of nice too. My big girls are going to have to kick his butt a little I think before everyone settles in, so that will be fun to see.... big is relative of course, and we will be clipping his beak this afternoon before anything else. He barely poked one yesterday and she was bleeding- like a little needle.

He was watching so closely when I calmly backed her away from him and she was letting me. He will come back around I think. Or just around. Don’t know his history so...? You know I’ll keep you posted!

Joined 7 mo ago
·
1,330 Posts
My money is on the serama rooster as I doubt the big girls will be kicking his butt for long; if at all.

Joined 10 mo ago
·
730 Posts
Yep, I’m with you there Dan! I just know it’ll take at least someone who can hold their own against him first. They’re the best bet and they seem the most interested in him.
And, their pen has no rooster now. So it could work.

No cohabitation just yet. He is relegated to his crate for at least a couple days, as much as I’m sure he hates it- it’s necessary at the moment to be able to work with him at all and allow him to observe the other chickens and our interactions with them. Playing by ear a bit here and also giving everyone some time. I conceded to him being placed adjacent to their run but not within reach of each other yet.

Joined 7 mo ago
·
1,330 Posts
Any time a new rooster is put in with hens there will be fighting until the rooster dominants then all should be well.

Joined 10 mo ago
·
730 Posts
Thanks Dan- I’ll try to be ready to ignore it. It’s hard to watch and listen to sometimes when they’re settling their disputes and hierarchy stuff- it sure sounds like someone is getting a wing ripped off... but they’re just being chased. No contact, but they’re still crying wolf!!
Here is a better and up close shot of each side of him for closer inspection... to my untrained eye I am really surprised they didn’t try to sell him on.

Joined 7 mo ago
·
1,330 Posts
He is a really nice serama; very good. Some people just don't want to bother. It's like they don't want the rooster so no one else will either. I can assure you that to buy that quality you'd be paying quite a bit. Only his wings are off vertical a bit, otherwise he looks great. You ever decide you don't want him...
21 - 40 of 50 Posts
Join the discussion
Continue with Facebook
Continue with Google
or sign up with email
About this Discussion
49 Replies
4 Participants
Last post:
danathome 15 h ago
Chicken Forum
A forum community dedicated to chicken owners and enthusiasts. Come join the discussion about breeding, health, behavior, housing, adopting, care, classifieds, and more!
Full Forum Listing
Explore Our Forums
Chit-Chat General Chicken Discussion Emergencies, Illness, Meds & Cures Beginners Forum Introductions
Recommended Communities